Race Three of Five: Muskoka Short Course, A.K.A Super Awesome Cottage Weekend with the Girls! That is really what it was. Many cycling, running, hiking, and delicious food adventures were had. Then we raced. I actually got into the water a whole 15 minutes early, to test out the water temperature, after the last Triathlon’s Iceman incident, I wanted to know what I was getting into. Well, to my surprise, the water was actually pleasant. So much so, that I just stayed in the water and took some time to ground myself and truly appreciate the scene, nature, the opportunity I was presently gifted with. Then, the horns blew, and the adventure began. I was calm, collected, slow, but steady. I also swam right in the middle, where the current was strongest, instead of following the pack and swimming on the far left, which may have been why the swim felt longer than I expected. I got out of the water happy, and with less swim jello legs than usual! 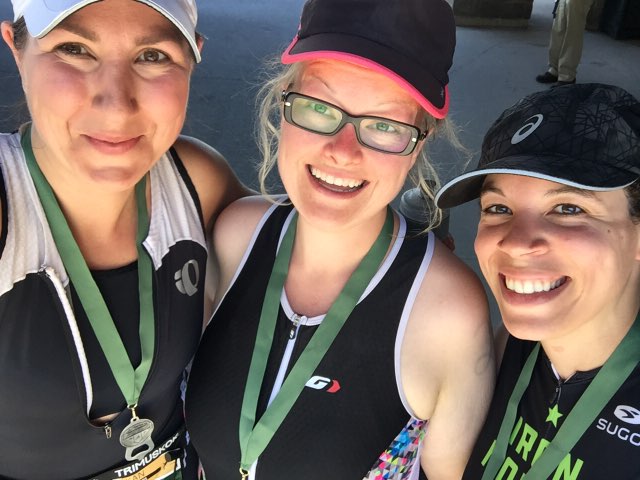 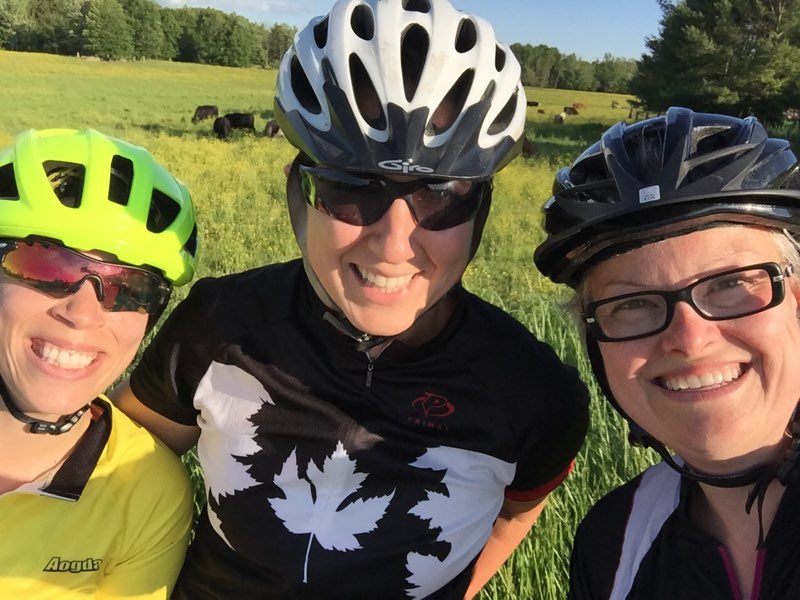 On to the bike ride! Last year, I thought the Muskoka hills were going to be the death of me, and I really doubted I would be able to conquer them, thrice over, two weeks later at the 70.3 Ironman. This time around, those hills weren’t so bad, in fact, I found that I was able to recover at the top of the hill much faster than before, allowing me to pedal strong consistently.

Last, but not least, the run. Again, it was hot, but this time I had my new arm coolers on and a proper application of sunblock. This was also the third time I was going to encounter the hill of doom along a short trail section of the run course. Every time I have faced it in the past, I was determined to run all the way up without having to stop. The issue was, I would push with everything I had, and I could see the top, and I knew I was almost there, and then, just as I thought I had made it, it turns and climbs higher and my legs gave me a big NOPE! This year, I figured I would try, but expected the inevitable. Except, there was a sign, a literal sign at the bottom of the hill, that said something about starting slow. So, I slowed down my run, and made my way up the hill, it was a snail’s pace, but as others around me started huffing and puffing, walking up the hill, and before I knew it, I was at the top. Not only once, but I had to encounter it once more during the two loop 7.5km run course, and believe it or not, I made it all the way up a second time. So, my run was kind of slow, but it sure did feel good to finally conker that hill!